The Man. The Myth. The Legend.

Leroy was a life-long resident of Kirvin and a pillar of the community.

He married the love of is life, Jeanette, in 1969. He said she was the prettiest girl he’d ever seen.

He carried her first drivers license in his wallet for 50 years and would show it off whenever he got the chance.

They added three children to their family along with his previous two.

He owned a concrete construction company for over 40 years and took great pride in his work.

His jobs always came with a guarantee-for the concrete to get hard and crack.

He worked hard but played hard too. Until his later years, he was a regular at most of the watering holes in the tri county area.

He liked to hunt, loved to garden and loved to fish for crappie. He could quote movies like nobody’s business.

He was the best storyteller and, more often than not, had an inappropriate (but hilarious) joke to tell.

He was famous for his one-liners, “don’t let your meat loaf”. He made the best breakfast, taters and onions, and hot weenies. He assigned a nickname to almost everyone-people and animals.

He was a great friend and had numerous “fans”. He would make his daily rounds to check on his people.

You could set your clock by him. He loved his cows (they all have nicknames too).

You could often find him on the tank dam feeding the cows and fish or waging war against the turtles.

He enjoyed spending time with his family and friends. His personality was larger than life and he will be missed beyond measure.

He is preceded in death by his mother, Golden Robinson; brother, Marvin, Robinson; son in law, Rod Pickle; and his hero, Uncle Ed.

The family extends their heartfelt gratitude to their special friend Stephanie Bivins and Reliant at Home Hospice for their wonderful help and care.

Friends and family are gathered for a time of visitation Wednesday, Feb. 3 at Corley-Porter Funeral Home in Mexia. 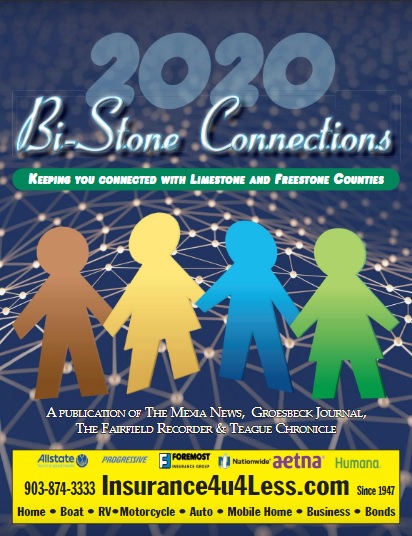